Your vote.  So many people fight for it. So many promises are made to obtain it.

And yet it feels so small. Such a tiny contribution. A seemingly insignificant voice muffled by the turmoil of the powers that be. I’ve been all kinds of voters: a frustrated one, one who consciously abstains, one too lazy to go, a fervent one, a social one, a strategical one.

But more and more I became fascinated by the extent to which my choice was manipulated on so many levels, and not just by the politicians themselves or by the media. All sorts of little things in my immediate or faraway surroundings had an impact on my vote.

What it mostly boiled down to is the feeling that made me say: ”I trust this person.” A trust that seemed to be of my own making.

I trusted this one person in Belgian politics. He seemed intelligent and somebody who could represent me in the political field. When he appeared on television he said things that made sense. Whether it was in a game show or political talk show, I can’t remember (the distinction has become blurrier day by day). It’s a feeling I share with many Trump supporters today. You trust your own judgment so well that you rarely question what it’s really based upon.

Then while I was in rehearsals for this show, I took a closer look at the views of this Belgian politician and I was amazed how different our views were on so many levels. How the things I cared about were not even mentioned in his political agenda. I still trust the guy. He is a strong politician. He just doesn’t get my vote anymore.

There is this other person whose agenda I share completely. She doesn’t get enough votes to really matter in Belgian politics, but I believe the votes she does get keep her going. Because my vote matters to her, and she matters to her party, and the party influences decisions in the country, and the country has a say in the European Union. And maybe the powers beyond are kept in check just a little bit more.

A chain of influence that can alter the world. Eight years under Romney would have been a different world; a Canada led by Trudeau resonates even in our country; a referendum in Britain has altered the course of history.

Back to Fight Night

Produced by Ontroerend Goed, The Border Project, Richard Jordan Productions, and Theatre Royal Plymouth in association with Big in Belgium 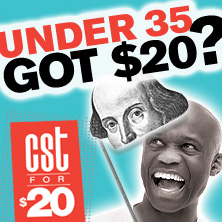