JOE DOWLING joined the Abbey Theatre, Dublin in 1967. He co-founded The Young Abbey, Ireland’s first theater-in-education group, and three years later he became artistic director of the Peacock Theatre. In 1976 he was appointed artistic director of the Irish Theatre Company, the national touring company. He became the youngest-ever artistic director of the Abbey Theatre in 1978. His tenure is particularly remembered for the encouragement and development of new plays and young playwrights. After leaving the Abbey in 1985, Mr. Dowling became managing and artistic director of the Gaiety Theatre. In 1986, he founded and was the first director of the Gaiety School of Acting. In 1995, he was appointed as artistic director of The Guthrie Theater, Minneapolis. During his twenty years as director of this prestigious American theater, he directed more than 50 productions, including the American premiere of Brian Friel’s The Home Place in 2007, and his signature production of A Midsummer Night’s Dream, presented in 1997, 2008, and 2015. In 2009, Mr. Dowling both directed and starred in Brian Friel’s play Faith Healer. He holds an Honorary Doctorate of Letters from the National University of Ireland, as well as Honorary Doctorates of Humane Letters from the University of St. Thomas, St. Paul, Minnesota, St. Johns University in Collegeville, Minnesota, St. Olaf College in Northfield, Minnesota and from the University of Minnesota in Minneapolis, as well as an Honorary Doctorate of Law from Gonzaga University, Washington. Among his numerous other awards, Mr. Dowling is the recipient of the 2006 Sally Ordway Irvine Award for Vision.

Back to A Midsummer Night's Dream 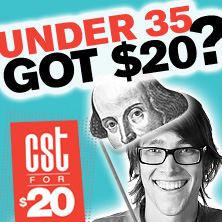