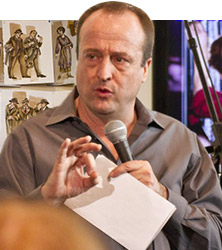 In February, Chicago Shakespeare kicks off its Sondheim double bill of Gypsy and Road Show—called one of the most anticipated “entertainment highlights of 2014” by the Chicago Sun-Times. At this month’s first rehearsal, the artists of both productions met together and, with CST staff gained insight into the paired productions from the director and his design team. Side by side, Gypsy and Road Show reveal the American pioneer spirit through the lens of two, real-life family journeys. The stories behind both first captivated Sondheim early in his career, although audiences have only recently come to know his newest musical Road Show. Sondheim’s lasting fascination with the themes and time period present in both works has intrigued Associate Artistic Director Gary Griffin, who believes that the pairing could allow the musicals to inform one another and shed new light on each piece.

Video: Inside first rehearsal of Gypsy and Road Show 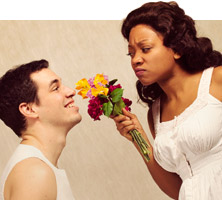 After concluding its run for student and family audiences at CST’s home on Navy Pier, Short Shakespeare! A Midsummer Night’s Dream will set out on a five-week tour to area schools. CST’s annual Short Shakespeare! tour expands the impact of our education program by bringing professional productions directly into schools as a dynamic complement to classroom study. 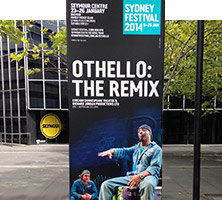 This month marks CST’s debut at one of the world’s most respected and sought-after arts festivals, the Sydney Festival. The Theater’s internationally heralded collaboration with Chicago artists the Q Brothers, Othello: The Remix, continues its worldwide tour with a one-week engagement in Australia.

Gallery: Othello: The Remix on tour 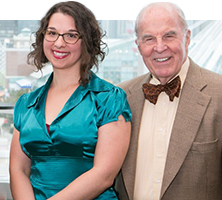 Chicago Shakespeare Theater’s staff and artists recently gathered to honor CST Sound Engineer Cristy Troia with the 12th annual Hurckes Award. Created through the generosity and inspired vision of longtime supporters Dick and Lou Hurckes, the Hurckes Award each year recognizes the creative and technical achievement of a member of CST’s production department.

About the award   |   See past recipients

Safeguard a home for Shakespeare

Help keep Shakespeare alive and well in Chicago—your tax-deductible gift supports the work on our stages, in the schools and communities, and across the globe!