The First Folio Society is a group of magnanimous individuals who have included Chicago Shakespeare Theater in their Trust or Estate Plans. By declaring your intention to support Chicago’s home for Shakespeare through your legacy using our letter of intent, you can safeguard: 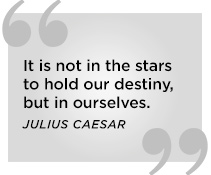 Chicago Shakespeare gratefully acknowledges the following estates that have provided gifts of bequests:

PLANNED GIFTS MAY
BE MADE TO CHICAGO SHAKESPEARE BY DOWNLOADING OUR LETTER OF INTENT
AND BY USING THE FOLLOWING LANGUAGE IN YOUR ESTATE PLANS:

“I hereby give and bequeath to Chicago Shakespeare Theater, a not-for-profit corporation in Chicago, Illinois (specific amount, percentage of estate, or specific property) for general purposes.”