The event included a one-night-only performance from the Chicago Shakespeare cast of the hit North American Premiere musical SIX and presentations of the annual Spirit of Shakespeare Awards. We thank the generous civic leaders, corporations, and foundations who supported GALA 2019. Their remarkable commitment will help us bring free Shakespeare to 18 Chicago neighborhoods this summer and reach 40,000 students and teachers through our education programs in the upcoming school year. 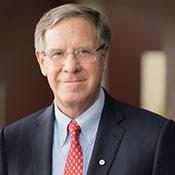 The commitment of BMO Harris Bank and CEO David Casper helped catalyze an effort to create greater access to the arts in neighborhoods across the city. The Bank’s partnership with Chicago Shakespeare dates back to 1994, totaling an astounding $1.5 million investment over time. While early support was directed towards the Theater’s education programs and summer family musicals—a seed grant from BMO Harris in 2012 helped launch Chicago Shakespeare in the Parks. Now in its eighth summer, our continued partnership has sustained this summertime tradition that tours a professional production—free for all—to 18 neighborhood parks across our city. Together, we have introduced hundreds of thousands of Chicagoans to Shakespeare and forged authentic partnerships between the Theater and thousands of community members and artists. We are honored to present the 2019 Spirit of Shakespeare Award to one of our most valuable partners—BMO Harris Bank. 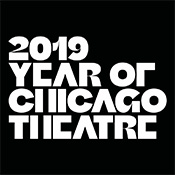 In honor of 2019’s citywide celebration, the Year of Chicago Theatre, this year’s Spirit of Shakespeare Artistic Honoree is the Chicago Actor. We are thrilled to salute the thousands of local actors whose talent and passion have served as the heart of Chicago Shakespeare since our founding days. Second to none, Chicago actors are united by a shared commitment to the tradition of ensemble, fiercely loyal to a visceral interpretation of text, and fearless in pushing the boundaries of theatrical expression.

Video: ”Shakespeare feels relevant to me”