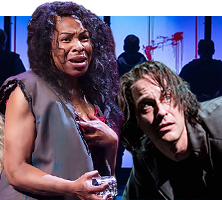 A Shakespeare cycle like no other—Tug of War: Civil Strife

It is said that history belongs to the victors. But in this special year honoring Shakespeare’s 400-year legacy, Artistic Director Barbara Gaines is making sure the stories told belong as much to the common soldier as they do to the kings and queens who decide their fate. Her music-infused distillation of the history plays has been met with thunderous applause and rousing critical acclaim. Now through October 9, the final performances trace the fall of the devout idealist Henry VI to the rise of that notorious villain, Richard III, over the course of one sweeping six-hour event—with breaks for dinner and drinks. 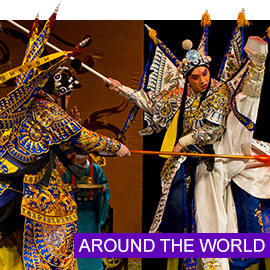 September is a busy month for Shakespeare 400 Chicago as we welcome companies from around the world to Chicago Shakespeare Theater, each presenting their takes on the Bard. Poland’s Song of the Goat ensemble presented Songs of Lear, a musical distillation which uses harmonies to convey character and emotion. Foro Shakespeare imports Enamorarse de un incendio from Mexico, a contemporary play exploring the theme of unrequited love. Company Theatre of Mumbai translates Twelfth Night into Hindi in a riotous, fast-paced performance, and Shanghai Jingju Theatre Company from China transforms Shakespeare’s Hamlet into one of the country’s most celebrated art forms, Peking Opera. 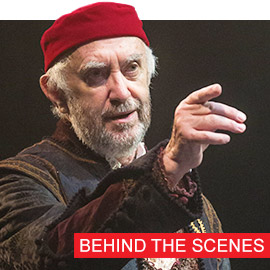 Blogging about the Bard

A true example of 21st century scholarship, City Desk 400 has gathered thirty-one scholars from ten universities to comment on the remarkable body of artistic work encompassed by Shakespeare 400 Chicago. These online essays have focused on everything from the interconnectivity of music and words in the Chicago Symphony Orchestra’s Shakespearean performances to the nature of “the other” and its many forms in Shakespeare’s Globe’s recent presentation of The Merchant of Venice. Astute and accessible, City Desk 400 is the perfect companion for the festival.

READ: Commentary on The Merchant of Venice 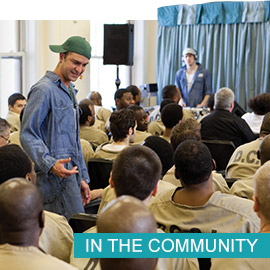 Shakespeare in the Criminal Justice System

Affecting everything from interpersonal communication to recidivism rates, Shakespeare has a profound impact on the lives of incarcerated adults and juveniles. This September, CST hosts principal national and international theater professionals working in the criminal justice system, including leaders of Shakespeare Behind Bars and Prison Performing Arts, for a panel discussion about their experiences. Helping individuals find peace, responsibility, empathy and trust, come find out how inmates experience change from one man’s 400-year-old words.