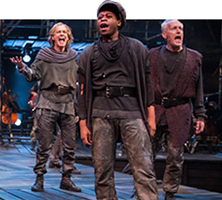 London’s The Guardian raves: “Tug of War, a gripping take on the history plays, is rocking Chicago"

The first installment of Artistic Director Barbara Gaines’ unparalleled theatrical event Tug of War: Foreign Fire comes to a close this Sunday. Just today, Britain's leading theater critic, Michael Billington of London’s The Guardian, added his accolades to the chorus of acclaim garnered by this powerful production: “A bold and magnificent venture… this is Shakespeare staged with a purpose, and further proof that his history plays speak to us more urgently than ever. Gaines takes Shakespeare’s histories and, by skillful cutting and adapting, finds in them a deeply political echo of modern America’s obsession with foreign wars. Does it all work? Absolutely.” The stunning conclusion comes in the fall with Tug of War: Civil Strife, as focus shifts to the home front and family divisions launch a country at war with itself in Henry VI, Parts 2 and 3 + Richard III. 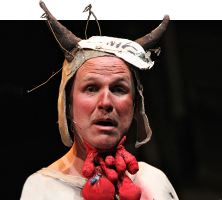 A full month of international artistry

EXPLORE: Learn about the productions 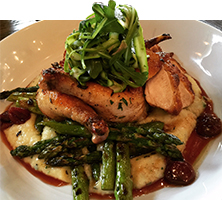 The tastiest part of Shakespeare 400 Chicago, Culinary Complete Works is a bold intersection of the Bard and the gastronomic world—bringing together 38 chefs, each creating a dining experience in their restaurants inspired by one of Shakespeare’s plays. Take a look as Chef Tanya Baker of The Boarding House shares her method of interpreting interpreted The Taming of the Shrew as Foie Gras Basted Poussin, Creamy Polenta with Grana Padano, Charred and Pickled Asparagus, Sour Cherry Sauce. .

EXPLORE: See the full line up of chefs 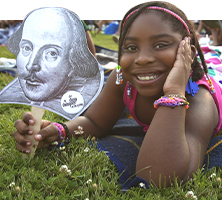 5th Anniversary of Chicago Shakespeare in the Parks

A summertime tradition and landmark program of Mayor Rahm Emanuel’s Night Out in the Parks initiative, the FREE FOR ALL Chicago Shakespeare in the Parks tour features a 75-minute abridged production of Twelfth Night, and is the largest citywide event of Shakespeare 400 Chicago—our yearlong celebration of the playwright’s 400-year legacy. The program is increasing its reach to nineteen parks across the north, west and south sides of the city. New this year, CST will travel to Ping Tom Memorial Park—a prominent feature in the Chinatown community that was originally a Chicago and Western Indiana Railroad yard..