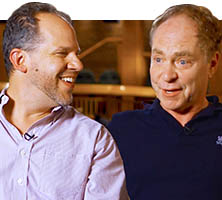 Artistic alchemy in The Tempest

Enthusiastic collaborators both, directors Aaron Posner and Teller (of Penn & Teller) have assembled an illustrious group of artists to realize the wondrous world of The Tempest, which begins performances September 8. Inspired by the magic and music inherent in Shakespeare’s text, they have reimagined Shakespeare’s enchanted island as a Dust Bowl tent show of trickery and amazement. Here, Prospero’s power is not theatrical metaphor but tangible, visceral magic. Songs by Tom Waits and Kathleen Brennan are performed by a live band, conjuring the weariness of travel and the intangible spirit of the island. Mind-bending movement from the modern dance company Pilobolus animates Caliban. Here, the two directors give insights into their creative process. 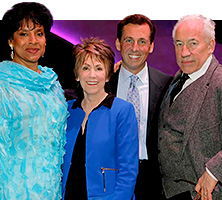 In June, 350 of Chicago’s civic leaders gathered throughout CST’s lobbies and performance spaces to celebrate another season of Shakespeare’s vibrant legacy at our home on Navy Pier, in the schools and Chicago community and around the world. Culminating in an artistic program featuring the fifth annual Spirit of Shakespeare Awards—honoring Illinois Tool Works: David and Ros Parry, Simon Callow and Phylicia Rashād—the evening raised an astounding $1.2 million in support of our nationally recognized education programs as well as the summertime tradition, the Chicago Shakespeare in the Parks tour. 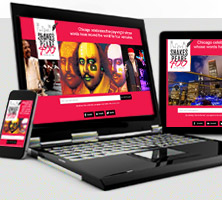 Joining the world in marking Shakespeare’s 400 year legacy in 2016, Shakespeare 400 Chicago unites our city’s leading cultural and creative institutions through a yearlong international arts festival. Spearheaded by Chicago Shakespeare Theater, this quadricentennial celebration will host over 400 artists from around the globe to explore how Shakespeare’s words continue to live in Chicago and through the world’s great theater, dance, literature, music, food and spectacle. 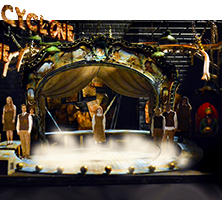 This fall marks the Chicago debut of a musical that can only be described as part comedy, part tragedy and wholly unexpected. Ride the Cyclone focuses on six teenagers from a high school chamber choir whose lives are suddenly cut short after boarding a doomed rollercoaster. In September, the theater Upstairs at Chicago Shakespeare will become the eccentric, electrifying and beautiful setting for a tale of loss and redemption played out by a group of unconventional teenagers and the mechanical fortune-teller who holds their fate in his hands.

VIEW: The World of Ride the Cyclone