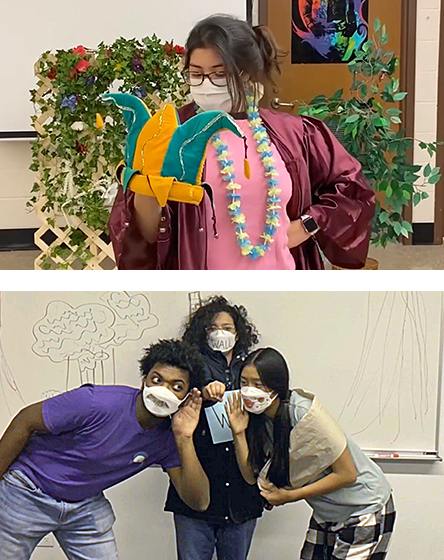 THESEUS, Duke of Athens, awaits his marriage to HIPPOLYTA, Queen of the Amazons—the woman he has conquered in battle. We soon learn that it’s not just Theseus with romantic troubles, when EGEUS arrives with his own personal problem: his daughter HERMIA, in love with LYSANDER, refuses to marry DEMETRIUS—her father’s choice.

The Duke gives Hermia three choices: to marry Demetrius, become a nun, or die. Instead, she and Lysander plan to flee from the city. Demetrius is tipped off by his ex-girlfriend HELENA, and follows them in hot pursuit. And where Demetrius goes, so goes Helena, Hermia’s lovesick best friend.

Into the forest they go—where the fairy king, OBERON, and his queen, TITANIA, are having relationship troubles of their own: Titania has adopted an orphan boy, and Oberon is mad with jealousy. He orders his servant, PUCK, to retrieve a magic flower that will cause its victim to adore the first creature they lay eyes on—whatever that may be… And when Oberon sees Helena in pursuit of Demetrius, he commands Puck to apply that same love juice to the young man’s eyes. Only trouble is that, from Puck’s perspective, one Athenian looks like another—and soon it is Lysander, not Demetrius, who falls for Helena. Hermia is not amused.

This same night, a troupe of amateur actors meets in the woods to rehearse a play that they hope to perform on the Duke’s wedding day. Puck finds them rehearsing, and it takes no time to target an eager actor, named BOTTOM, as the perfect love match for the fairy queen. Soon Titania will be awakened to dote upon this mortal, transformed by Puck into an ass (donkey).

Love all ‘round seems destined for disaster—until Oberon steps back in to set things aright.