Chicago Shakespeare Theater Founder and Artistic Director Barbara Gaines invites you to join her for an unprecedented behind-the-scenes look at her artistic process with an online Folio Masterclass. A hallmark of Barbara's career in directing Shakespeare, the Folio technique centers on a rigorous analysis of Shakespeare’s First Folio text, unlocking clues in the timeless poetry to illuminate character and meaning. Step into a virtual rehearsal room with Barbara and two ​actors ​well-known to the Chicago Shakespeare Theater audience as she breaks down the building blocks to clear and thrilling Shakespeare performance.

Since founding the Theater in 1986, Barbara has directed nearly sixty Chicago Shakespeare productions, including thirty of Shakespeare’s plays. Honors include the 2008 Tony Award for Outstanding Regional Theatre, the prestigious Honorary OBE (Officer of the Most Excellent Order of the British Empire) in recognition of her contributions strengthening British-American cultural relations, as well as multiple Joseph Jefferson Awards for Best Production and for Best Director.

Stay tuned for updates on how you can experience our work in this exciting new platform. 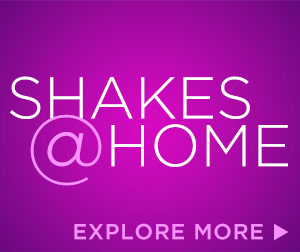