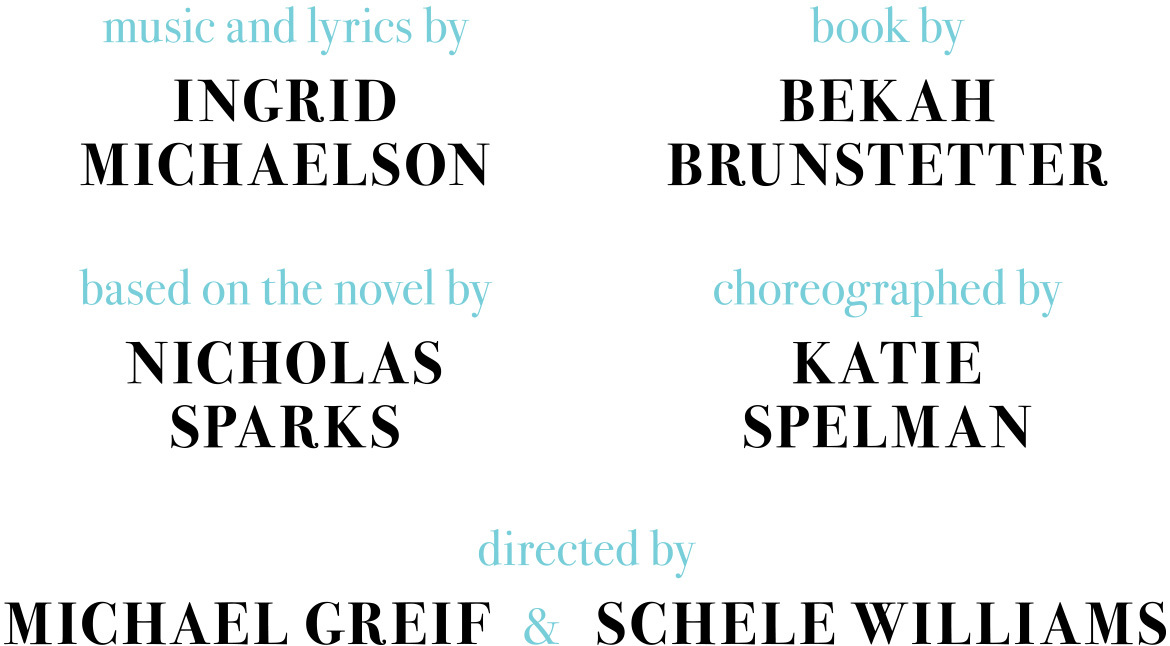 Based on the bestselling novel that inspired the iconic film, this world premiere new musical is led by a powerhouse creative team, featuring music and lyrics by multi-Platinum singer/songwriter Ingrid Michaelson, and book by playwright Bekah Brunstetter, best known as a writer and producer on NBC’s hit series This Is Us. Broadway directors Michael Greif (Dear Evan Hansen, Next to Normal, RENT) and Schele Williams (Aida, Motown the Musical) team up with award-winning choreographer Katie Spelman to stage a deeply moving portrait of the enduring power of love. Beginning with a whirlwind summer romance, the decades-long love story between a mill worker named Noah and a privileged debutante named Allie spans a lifetime, despite the differences that threaten to pull them apart.

Known for her distinctively soulful folk-pop style that explores universal themes like self-doubt, betrayal and love, Ingrid Michaelson is a force in the music industry with four Top 20 albums and two Platinum singles—“The Way I Am” and “Girls Chase Boys.” On The Notebook, she shared, “The concept of unending devotion and love wrapped up in memory and family is something very close to my own personal life. The story sings to me so perfectly.”

Chicago Shakespeare is committed to making its performances accessible to all patrons. ASL Interpretation, Audio Description, and Open Captioning services are available.

Masks must be worn at all times at the Theater. Health & Safety guidelines.