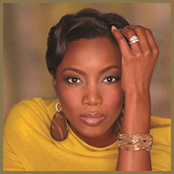 Tony and Grammy Award Winner Heather Headley considers her multi-faceted career a blessing. She was born and spent most of her childhood on the beautiful Caribbean island of Trinidad. The daughter of a pastor, she started singing and playing the piano in the church at a very young age. The family moved to the United States in the early 90’s where Heather’s love for the arts continued.

In 1997, Ms. Headley, a Northwestern University alum, won the role of Nala in the original Broadway cast of the Elton John and Tim Rice’s hit Tony winning musical The Lion King. While still in The Lion King, Heather was asked to audition for the title role in the writing duo’s next Broadway venture together, Elton John and Tim Rice’s Aida. Her portrayal of the Nubian princess, Aida, won her the praise of critics and the prestigious Tony Award for Best Actress in a Musical. In addition to other awards, she also received the coveted Drama Desk Award for Outstanding Actress in a Musical. That year she was listed as one of People Magazine’s 50 Most Beautiful People and Essence Magazine’s 30 Women To Watch. Heather continued her Broadway success on the pop charts with her 2002 debut album on RCA Records, This Is Who I Am which featured productions by several top-flight producers including Jimmy Jam & Terry Lewis and Shep Crawford. Two songs, the single “He Is” and the album track “I Wish I Wasn’t,” both emerged as Top 5 R&B and Dance chart hits. Heather earned numerous accolades for This Is Who I Am, including Grammy Award nominations for Best New Artist and Best Female R&B Vocal Performance. At the Soul Train Lady of Soul Awards she won dual honors: R&B/Soul Album of the Year and Best R&B/Soul or Rap New Artist. She also received nominations at the NAACP Image Awards for Outstanding New Artist and Outstanding Female Artist, and BET Awards in the “Cool Like That” category. In January 2006, Ms. Headley returned with In My Mind, her long-awaited second solo album, once again working with an A-list of producers, among them Jimmy Jam & Terry Lewis, Ne-Yo, Warryn Campbell, and Lil’ Jon. The title track became Heather’s first #1 hit, topping the Dance charts.

Heather took her first foray into the gospel music world in 2009 with the release of her third studio album Audience of One, for which she was awarded the Grammy Award for the Best Contemporary R&B Gospel Album. Over the past few years Ms. Headley has also displayed her versatility as one of classical star Andrea Bocelli’s favorite singing partners. She has been featured in many of his American and international tours, his “Live In Tuscany” PBS special, and his “Under The Desert Sky” live concert DVD. In 2012, Heather was asked to originate the role of Rachel Marron in the London premiere of The Bodyguard, a musical based on the hit movie which starred Whitney Houston and Kevin Costner. She received an Olivier nomination for her performance of the role. In 2016, Heather returned to the Broadway stage for the first time since her Tony Award winning performance of Aida, in John Doyle's beautifully crafted Tony Winning revival of The Color Purple. Heather shares life with her husband, Brian, and their two young sons, John David and Chase. 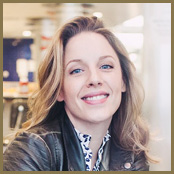 Jessie Mueller has just completed her run as Jenna Hunterson in composer-lyricist Sara Bareilles’ hit Broadway musical Waitress, for which Mueller was nominated for a Tony, Drama Desk and Grammy award.  She earned all three for her starring role as Carole King/Beautiful-The Carole King Musical. Other major Broadway credits include Nice Work if You Can Get It, The Mystery Of Edwin Drood (Drama Desk nomination), and her Broadway debut as Melinda/On A Clear Day You Can See Forever opposite Harry Connick, Jr. (Tony and Drama Desk nominations).  She portrayed Carrie Pipperidge in the New York Philharmonic’s staged concert production of Carousel at Lincoln Center, and was a part of Carnegie Hall’s family concert series, Take the Stage with Broadway Stars. Mueller began her career in Chicago and was honored to be a part of Chicago Shakespeare's The Three Musketeers, How Can You Run With a Shell on Your Back? Willy Wonka, and Henry IV Parts I&2 (also on tour at the Royal Shakespeare Company, Stratford-upon-Avon.) She was named “Actor of the Year” in 2011 by The Chicago Tribune.  Four years later she received Chicago’s prestigious Sarah Siddons Society Award.  Recently she collaborated on Broadway for Orlando’s “What the World Needs Now” benefiting our brothers and sisters in Orlando. She is thrilled to be here celebrating this milestone for Chicago Shakes!