Introduction to the Play 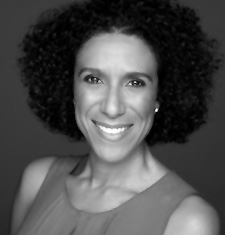 In Lolita Chakrabarti's Red Velvet, Ira Aldridge muses that there is “something about velvet—a deep promise of what's to come, the sweat of others embedded in the pile. A crushed map of who was here folded in.” Chakrabarti's play functions as the velvet for our collective memory, reminding us exactly who is folded into the history of Shakespearean performance. While many assume that the history of black actors performing Shakespearean roles began with Paul Robeson in the early twentieth century (including a recent exhibition at a well-established research library), Ira Aldridge beat Robeson to that claim by over 100 years. . . .

So why is Ira Aldridge's history largely forgotten? Why do we not have theatres named after him on Broadway and in the West End? Why aren't there any performing arts schools and/or major performance awards in his honor? Why has his story been a footnote for, instead of being part of the body of, the history of Shakespearean performance? Well, to begin, Aldridge's story does not fit easily within the familiar refrain that Shakespeare is for everyone. Aldridge's story, in fact, forces us to confront the fact that while we may want Shakespeare to be for everyoneall too often Shakespeare has been used as a gatekeeper; that is, a barrier used to exclude and subjugate people of color.

Aldridge moved to England at seventeen because there were no other opportunities to perform Shakespeare in New York. The African Grove Theatre had come upon hard times—including riots from white mobs who were protesting The Grove's 1822 production of Richard III because it was drawing audiences away from an all-white production of the same play—and black actors could not he hired by white companies in the US in the 1820s (remember, this was forty years before the start of the Civil War!).

While Aldridge hoped that Shakespeare would be his vehicle to success in London and then back again in New York, he was pushed to the British provinces and Eastern Europe because the major theatres in London were closed to him. Aldridge reached a level of fame and financial security that was virtually unknown to free blacks at the time, but he could not achieve this fame in New York or London; instead, he was a star in Warsaw, Kiev, and Moscow. While he was celebrated by European artists like Richard Wagner, Théophile Gautier, and Taras Shevchenko, he was also reviled and mocked by theatre critics in New York and London. In other words, Aldridge’s story is not one of unqualified Shakespearean uplift. . .

If Aldridge's history does not fit so neatly into our typical narrative about Shakespeare as the universal up-lifter and door-opener, what can we recover if we are urged to remember it as Chakrabarti invites us to do through Red Velvet? First, Aldridge's history allows us to ponder how a Shakespearean performance  is a racialized performance. That is to say, Red Velvet reminds us through its many poignant moments that a Shakespearean performance is never race neutral; it is always racialized. While this is obvious when we hear the characters discuss Edmund Kean's “transformation” into Othello through the use of makeup (“a small . . . physically . . . challenged aging man, to see him become a warrior Moor . . . is an art, isn't it?”), Red Velvet also offers more circumspect moments such as the debates about what counts as "natural" behavior and/or acting for the black American Aldridge.

Likewise, the play's conclusion, in which Aldridge applies whiteface makeup in order to play King Lear, allows us to ponder how racialized performances are always historically contingent. King Lear's race, after all, has no bearing on the play itself, and yet it did for Aldridge's nineteenth-century audience. Does it still for us today in the twenty- first century? Why are there so few black Hamlets and Lears? Or, to tackle the question from a different angle, why are there so many black witches in Macbeth and black Patrocluses in Troilus and Cressida? Red Velvet invites us to ponder what Shakespearean glass ceilings have been handed down to us from previous generations and how many we have created for our own post-millennial generation. . . .

Chakrabarti's play allows us to interrogate our society's historical amnesia about the long history of black actors who have grappled with Shakespeare. I use the verb grappled because it has not always been an easy encounter. While Aldridge states, “That's the beauty of Shakespeare—he unnerves you,” Chakrabarti allows us to experience how the presence of an actor of color can unnerve our notions of Shakespeare. Shakespeare's plays are strong, powerful, moving, and beautiful, but the presence of actors of color in them can make them seem politicized. This is precisely what Charles Kean bemoans in Red Velvet; he wants theatre to be an art that allows one “to get away from reality.” Frequently, political theatre is discussed as if it is the antithesis of aesthetic theatre: one is about politics, the other (higher and true form) art. As Red Velvet, the theatrical version of the “crushed map of who was folded” into our history of Shakespearean performance, reminds us, however, reality is never static but dynamic; and political theatre—one which enables discussions about history, collective memory, and selective amnesia—can be beautiful, moving, and Shakespearean. Here's to Chakrabarti for making that reality so compelling!

Back to Red Velvet