The Royal Shakespeare Company’s gender-swapped The Taming of the Shrew is set in a 1590s matriarchal England, with women holding all the power.

The usually female roles, such as Katherine and Bianca (Bianco) have now become male characters, are played by men, Joseph Arkley and James Cooney, while the usually male roles Petruchio (Petruchia) and Gremio (Gremia) have become female characters and are taken by women, Claire Price and Sophie Stanton.

Director Justin Audibert talks about the choices he made and where came from. He says: "I was very inspired by the novel The Power by Naomi Alderman, where women become the dominant gender.

"At the moment, there is an important conversation about gender and power and where that lies, and whenever you make a play, you’re always influenced by what’s going on around you. I’m interested in seeing what happens when you get female actors to play traditionally powerful male roles, and vice versa."

Already, the changes to the play have brought up interesting ideas in the rehearsal room. Justin explains: "During rehearsals it’s been fascinating to see how things feel when, for example, a mother sells off her two sons, as opposed to in the traditional retelling when a father sells off his two daughters. We are somehow not shocked by the traditional version but when we see a mother selling her sons off that feels transgressive. I wanted to see what it would feel like when the male voice is not the dominant one." 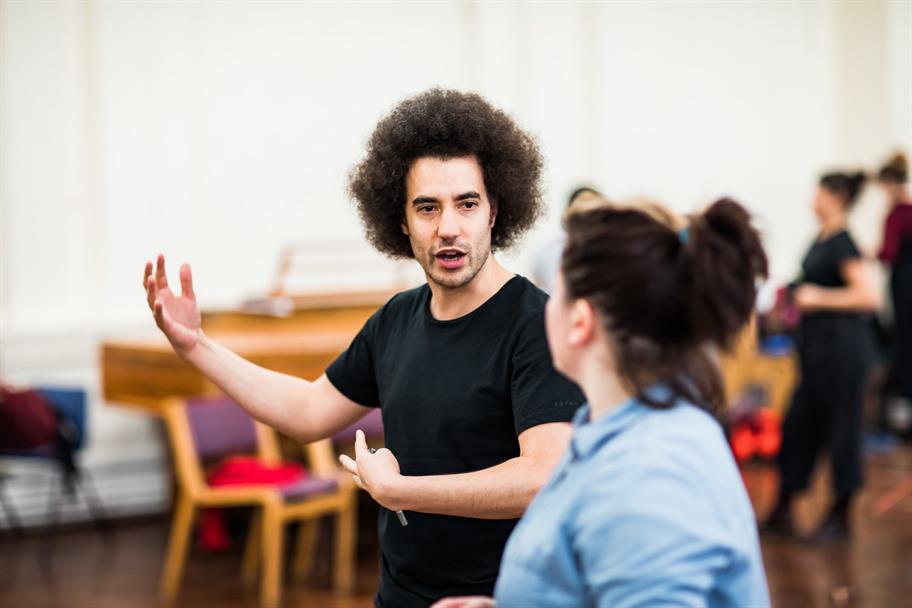 The shift in power dynamics gives Justin the chance to play with a number of conventions: "In Elizabethan England, eye contact was a huge thing. Women weren’t supposed to look you directly in the eye—but in the world we’ve created in the play the female actors are looking people directly in the eyes in a very bold way, and the male actors are not. Similarly, we’ve looked very carefully at how characters greet each other, how the women take the men’s hands and kiss them, and how that reads to a contemporary eye."

Even the costumes tell the tale of female power: "The costumes worn by the female actors will be beautiful, imposing, expensive and involve lots of material. They will dominate the space. The costumes the male actors wear will be much more delicate, even subtle."

And Justin cites Eurythmics as a major influence to the music (composed by Ruth Chan), which has a strong baroque feel, becoming louder and more electric through the show—he's calling it "Rock Renaissance."

Back to The Taming of the Shrew