Q&A with the Director

As she began the rehearsal process, Artistic Director Barbara Gaines shared her thoughts with CST’s staff about her production of King Lear.

Q: You have directed King Lear twice before—first in 1993, and again in 2001 at the Theater’s new home on Navy Pier.

Barbara Gaines: Yes, and I remember on Opening Night back in 2001 thinking, I’ve missed something.  One idea kept gnawing at me: that no one in his right mind would give everything away and assume that you’d be treated exactly as you were when you were rich and powerful.

Then, in 2005 my mother had a massive heart attack, and moved here to live with me. Most of us know what the experience is of seeing someone you love being diminished by age. It’s the natural order of things, and it hurts like hell. And though my mother didn’t suffer from dementia, I remember watching someone, so witty and brilliant, be so changed by old age. I remember coming home from work, putting my key in the door and simply being unable to turn it in the lock, just trying to calm myself.

About a year before she died, Mom was watching TV in one room and I was in another when I hear a song on the radio I’d never heard before. It’s Sinatra, and all I can think about is Lear, out on tha heath. It haunted me. Fast-forward to 2012 when dear friends, Bernie and Jane Sahlins, invited me out to dinner, and along that night was Bill Zehme, who wrote the brilliant biography on Sinatra, The Way You Wear Your Hat. Did he know this song? He couldn’t recall the name, but he was the first person I’d asked in four years who knew it. The next morning, there it was in my email, from the album No One Cares, called “Where Do You Go.”

In one of Lear’s first scenes he demands, Someone tell me who I am. I’ve always played those lines rhetorically: Will someone tell me who I am, goddammit. I’m the king. Bow down to me. But what if his question is real and, from the very beginning of the story, he is struggling with his dementia? That’s when it exploded in my brain, and now I know that I’m directing Lear again--with Sinatra. I emailed Bill Zehme, asking if he would introduce me via email to someone at the Sinatra estate. He writes a beautiful letter to them, and within days he hears back: Tell Barbara not to worry. She should do it.

Q: How will you incorporate Sinatra’s music into this production?

BG: Obviously this is a contemporary version, a modern-dress production with several songs interlaced because this King Lear is in love with Sinatra.

Q: Does the music serve as a spark to Lear’s memory?

Q: Can you talk more about your decision to make this a contemporary Lear?

BG: Quite honestly, they could be wearing costumes from 700 A.D. or 700 B.C. Everything would be the same because human beings haven’t changed a whole hell of a lot. As theater artists, we search or we wait for ideas that will connect us with the themes of a play. I do hope that most people will connect with this production because so many of us have witnessed the tragedy of a mind giving way to dementia.

Q: Barbara, is that what for you resides at the heart of this play?

A: This is a play at its core about how blind we all can be; the onset of dementia is one reason, one cause among many. In King Lear, we witness the horror of Gloucester’s savage blinding, but also the emotional blindness of characters who not only don’t know themselves, but do not see the people right before their eyes. Insight, so different from sight, is a wisdom that comes from a profound sense of empathy. This is a tyrant, a man who has paid no attention to anybody in his country—not to his noblemen, to his military advisors, nor to his family—and certainly not to the countless homeless people who also populate his kingdom. Then, he becomes homeless, and he sees them, truly sees them, for the first time. And he acknowledges that ‘I have ta'en too little care of this.’ To me, that revelation makes this no longer a tragedy. Lear sees: My God, look what I could have done when I had the power. That’s a transcendent moment.

Q: Did you begin your exploration of the play this time with the same playscript that you used in your last production from 2001?

BG: No, I never go back because I’m different now, and thus Shakespeare’s text will be brand new to me. Both life and I have changed. And as I return to Shakespeare, there will be different words and phrases that will be completely new to me this time, and I want them there as I devise the script for a new production.

Q:  And why did Larry Yando immediately become so central to your vision for this production?

BG: Because he’s one of the greatest actors that I’ve ever worked with. Larry has done so much extraordinary work with us and throughout this city, and he has earned this opportunity to do Lear. His ability to play darkness and light, his immediacy as an actor, and his facility with language, are unparalleled. And paired with Robby (Ross Lehman) as the Fool, all that I wanted to communicate about this story fell into place. Robby was in our very first production of Lear in 1993, and until Robby’s audition back then, I didn’t understand the Fool. And so, though he had to leave our production early to play on Broadway, I cast him. But last fall I told him, You owe me a run. The wonderful thing about casting Robby with Larry is that the two are very, very good friends. They take care of each other, and that’s the relationship that we’re looking for the Fool and Lear. And with Kevin (Gudahl) back in the room as well as Kent, we have three great minds and artists, sharing years of experience working together with Shakespeare, sharing knowledge, friendship--and love. 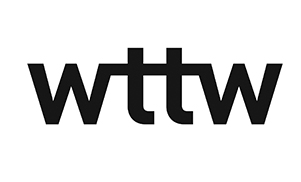 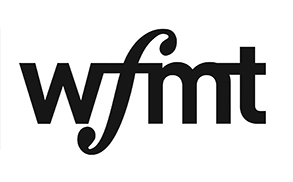