An Introduction from Rich Hollander 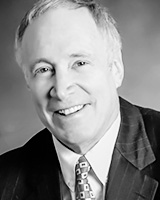 Life is joyous—until it isn’t.

My wife Ellen and I were in our mid-thirties, with three adorable young children. I was a TV reporter and Ellen a lawyer. We were healthy and comfortable.

One October evening, a police officer called. “Mr. Hollander,” he said. “I have some bad news. Your parents, Joseph and Vita, were killed in a car accident.”

While rummaging through my parents’ attic, I stumbled across a faux leather suitcase with an Air India tag. Inside were letters, photos, old passports, receipts, and legal documents, including court filings and a letter from Eleanor Roosevelt. Though I couldn’t read the letters in Polish and German, I knew by the stamps with Nazi swastikas what they were—letters from my father’s family, trapped in Kraków from 1939 to 1942.

Years passed. Finally, I had the documents translated and employed my journalistic skills in telling a story. I discovered a parent I loved, but didn’t really know as well as I thought. Ultimately, the story of Joseph Hollander was published by Cambridge University Press in a book called Every Day Lasts a Year.

Through the vision and passion of director Barbara Gaines and the skill and talent of playwright Karen Hartman, a compelling biographical play emerged from an academic book. The Book of Joseph is a rainbow of themes.<

There is a story of family secrets. Don’t we all have them? There is a story of generational boundaries. There is a story of resilient women who shoulder the spiritual burdens of their entire family, on the brink of an abyss. What could be more topical than a story of an immigration policy gone awry? Finally, there’s a love story, where one partner hands the other an emotional life preserver.

For me, The Book of Joseph is wrapped in the word legacy—a stew of memory, deeds, morality, and, most of all, values. That is the best we can leave our children and grandchildren.

I look forward to sharing a special experience with you at Chicago Shakespeare Theater.

Back to The Book of Joseph