A Note on Midsummer Casting

One of our five SLAM goals is that teams “play as an ensemble.” In a virtual world, SLAM hopes to build an ensemble within and across teams, as each team develops a scene from A Midsummer Night’s Dream. The team is assigned a scene to cut, cast, and stage as the students imagine it. Depending upon the number of characters in a scene—and the number of performers—team members may share the same character or play two or more characters in their scene. And, from scene to scene, these choices are unique to the school. To help the audience keep track of who’s who, “Casting Notes!” appear throughout the production, and teams use a shared color scheme (pictured here) to represent the story’s three worlds—the Athenians, the Mechanicals, and the Fairy World. 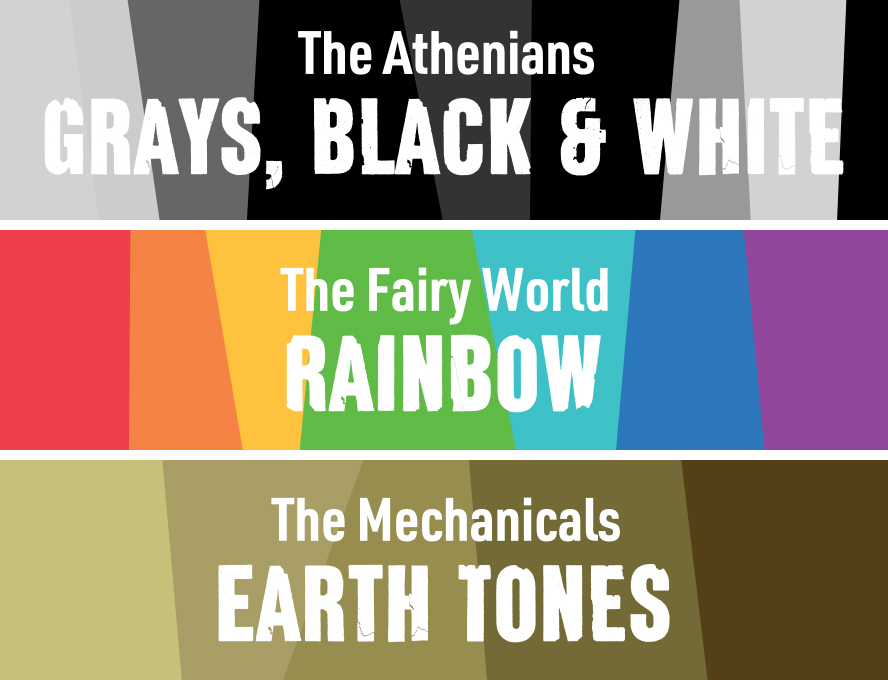