This fall, Chicago Shakespeare’s Courtyard Theater transforms into a sultry Havana nightclub for a fiery reimagining of Shakespeare’s Measure for Measure. Celebrated director Henry Godinez sets the play in 1950s Cuba, as political unrest simmers beneath a world of music, glamour, and sensuality.

Sharing on your social networks is easy! Select an image below and copy and paste one of the following sample messages.

Escape the lakefront chill for sunny Havana @ChicagoShakes! Celebrated director Henry Godinez brings Measure for Measure to life in 1950s Cuba, as political unrest simmers beneath a world of glamour, music, and sensuality. Through November 27. chicagoshakes.com/measure

Don’t miss the music and glamour of #cstMeasure, bringing Shakespeare’s fiery play to life 1950s Cuba, as political unrest simmers beneath a world of glamour, music, and sensuality. Through November 27 @chicagoshakes. chicagoshakes.com/measure

Simply right-click your desired image and hit "Save Image as" to download. 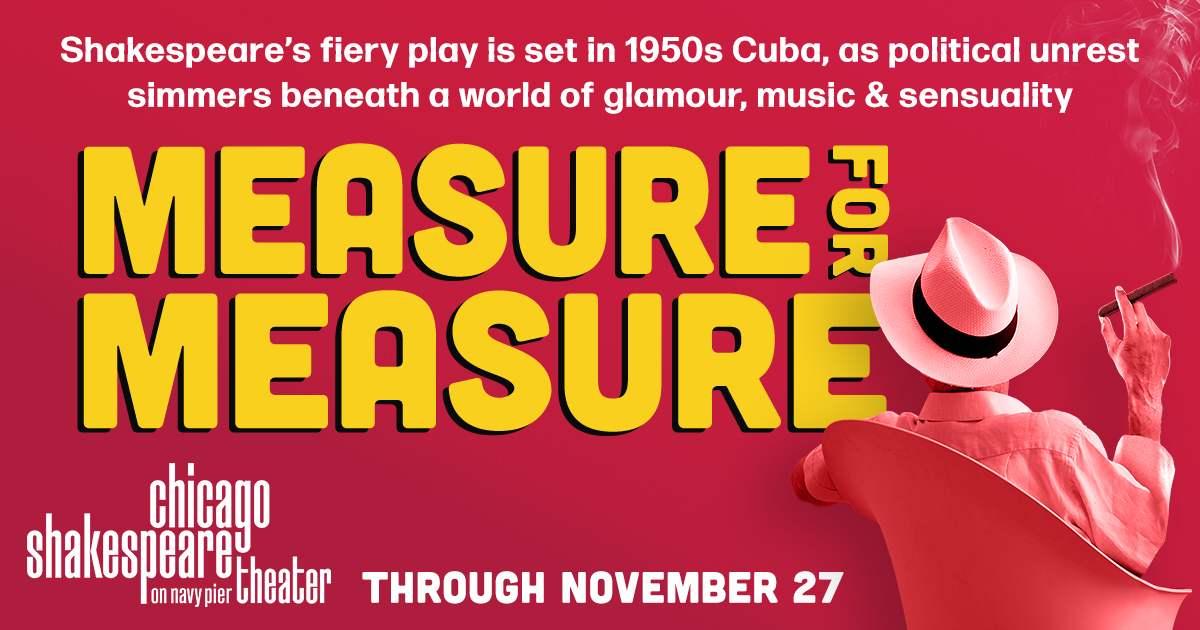 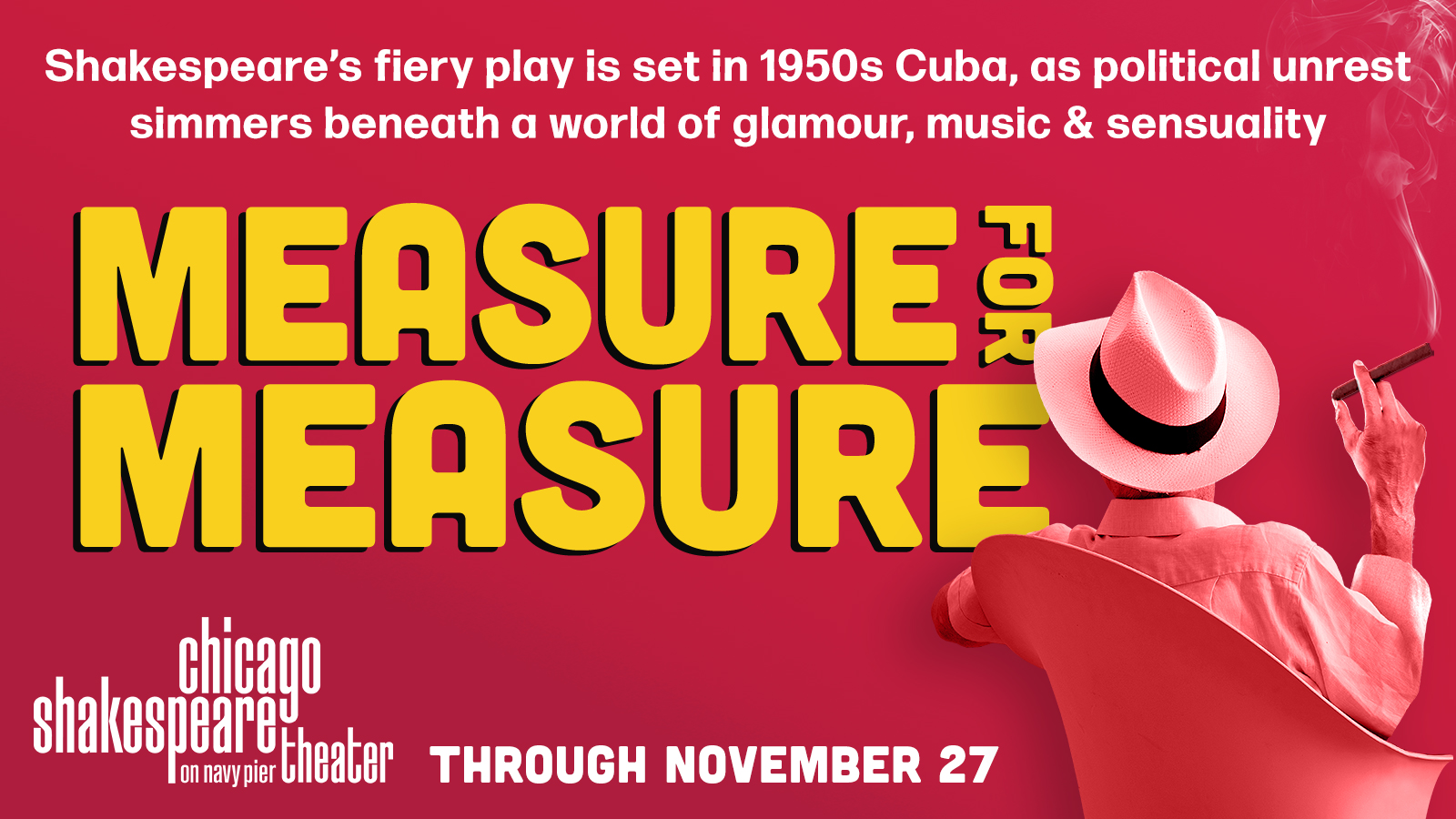 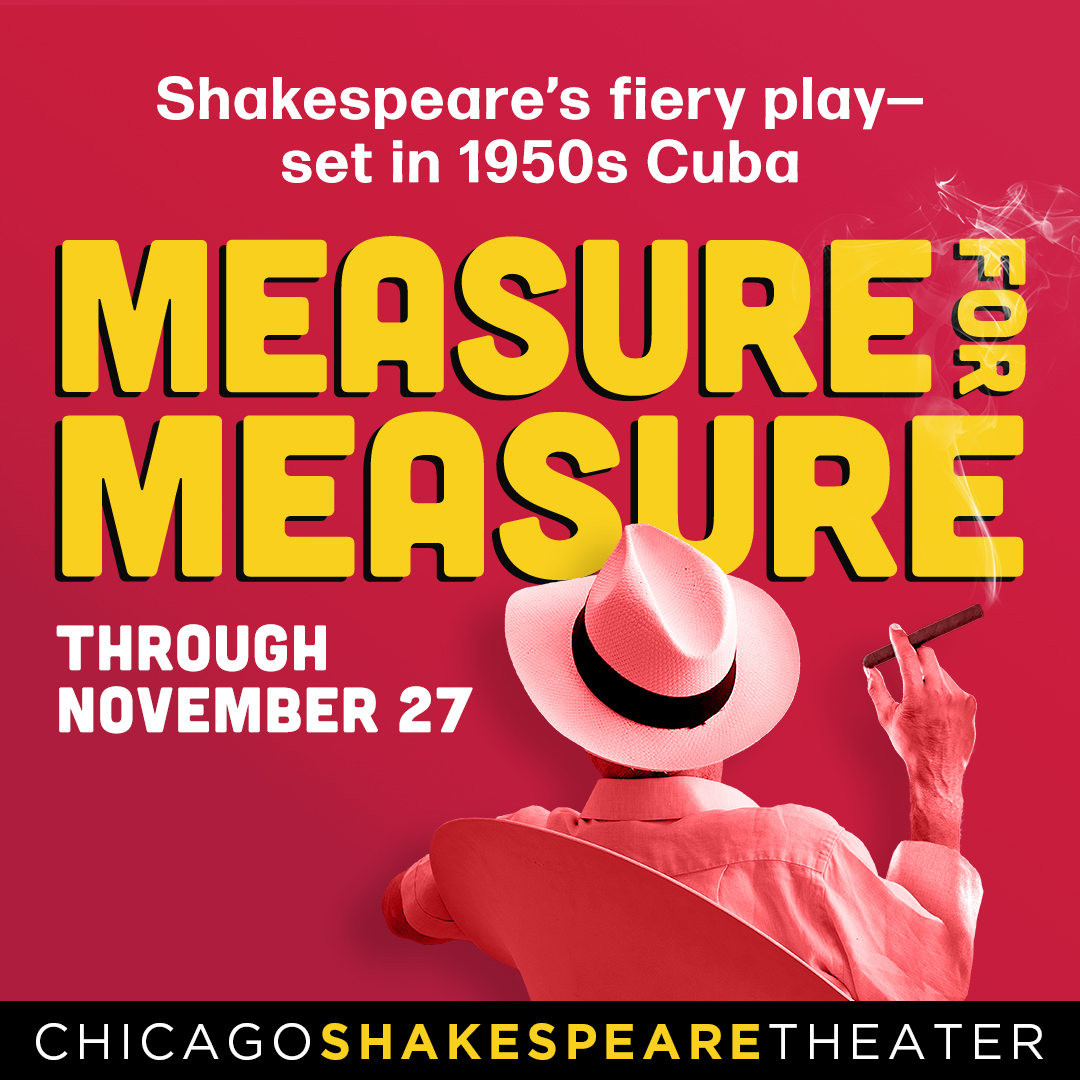 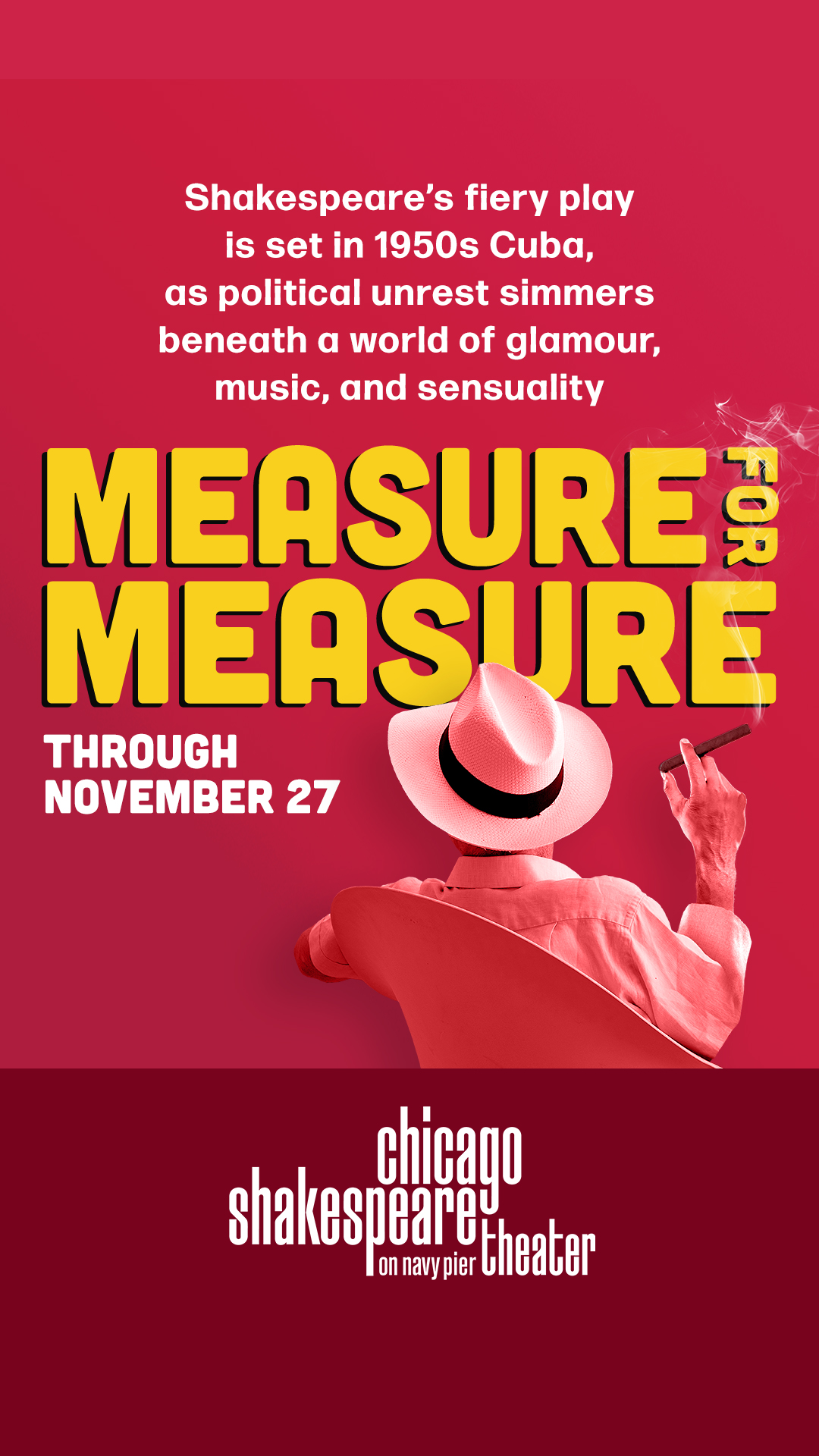 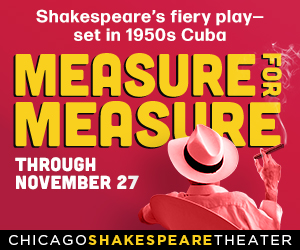 “Some rise by sin, and some by virtue fall.” Celebrated director Henry Godinez brings Shakespeare’s searing play to vivid life amidst the glamour, music, and sensuality of 1950s Cuba, just before Fidel Castro seizes power. Havana is the carefree playground of the rich, the famous—and the corrupt—while a revolution brews. As the city sinks into moral disrepair, the Duke hands power to Angelo, who zealously enforces an archaic statute of chastity. When Isabel comes to plead for mercy for her condemned brother Claudio, the depths of raw power’s depravity are shockingly revealed.

Arrive early to immerse yourself in the sultry world of the play, as the Courtyard Theater transforms into a dazzling Havana nightclub. Enjoy performances of mambo, bolero, and Afro-Cuban jazz in a mesmerizing prologue to the production. Book now: chicagoshakes.com/measure