A Midsummer to warm Chicago's winter

Internationally lauded director Joe Dowling's enchanting production of A Midsummer Night’s Dream takes the stage in the Courtyard Theater beginning December 6. Dowling's Dream is backed by an original score, composed by Keith Thomas, which features jazz, rock, blues, and '50s doo wop. According to Dowling, “It is spectacular once you get into the forest, and that’s as it should be. This is a forest where all sorts of strange things can happen. The genius of William Shakespeare is that it’s not just some play of its time, but we in the twenty-first century can get as much joy out of it.” 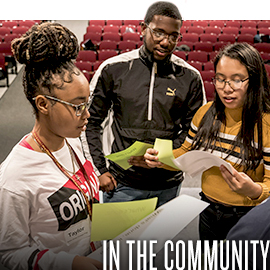 This semester, student ensembles from fifty Chicagoland high schools are participating in the Chicago Shakespeare Slam, coming together to celebrate the power of Shakespeare and their own voices in a performance showcase. Following a Saturday workshop, each team returned to school to prepare two pieces to be presented at the Regional Bouts: a Shakespeare scene selected by the team and a creative exploration inspired by a single play that the entire Slam community focuses on together—this year, Macbeth. Nine teams advance to perform in the Finals Bout on December 10, held onstage in The Yard at Chicago Shakespeare. 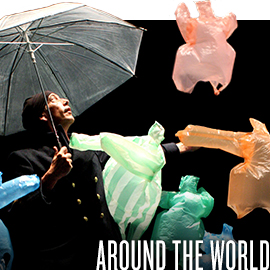 From Plastic Bags to Puppets

This January, Chicago Shakespeare welcomes from France Compagnie Non Nova’s L'après-midi d'un foehn Version 1, playing January 23-27 in The Yard at Chicago Shakespeare. Presented in partnership with the Chicago International Puppet Theater Festival, a biennial event that aims to establish Chicago as a center for the art of puppetry, L'après-midi features one performer, transforming plastic grocery bags into lifelike figures that take flight in an intoxicating visual ballet. The Theater first partnered with the Festival in its inaugural 2015 celebration, kicking off the festivities with Blind Summit’s The Table. 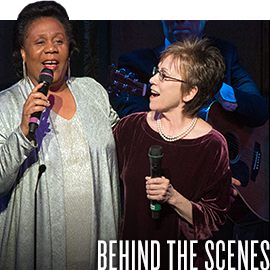 Last month, CST Founder and Artistic Director Barbara Gaines emceed the 50th Annual Equity Jeff Awards with Jackie Taylor, the Founder and CEO of Black Ensemble Theater. The Jeff Awards celebrates the vitality of professional theater produced within the greater Chicago area by recognizing excellence through its recommendations, awards, and honors. Three of Chicago Shakespeare’s 2017/18 productions received ten total nominations in nine categories, including winners Thom Weaver and André Pluess for their lighting and sound design of Macbeth, and Susan E. Mickey for her costume design of The Taming of the Shrew.