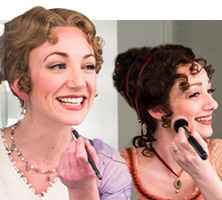 Behind the scenes of the final weeks of Sense and Sensibility

Chicago Shakespeare’s commitment to the development of new work is on full display with this wildly successful world premiere musical based on Jane Austen’s classic. Even as closing night approaches on June 14, audience members continue to rise to their feet and applaud the immense talent on stage and the extraordinary vision of Artistic Director Barbara Gaines, Tony Award-nominated composer Paul Gordon and CST Creative Producer Rick Boynton. Chicago Sun-Times declares “it is not often that a new musical arrives in such pristine form... this could be sent directly to Broadway.” Here, actors and theatergoers reveal a shared love of this most charming of love stories. 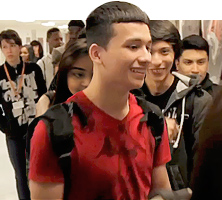 Every year, CST brings its Short Shakespeare! production directly into schools as a dynamic complement to classroom study, traveling where many students would otherwise not be able to interact with CST’s work. Over the course of the five-week tour, cast and crew members gather early morning and head out to auditoriums at urban, suburban and rural schools across the Midwest. Expanding the Theater’s education program, these efforts reached an additional 11,000 students in twenty-four area schools in 2015. 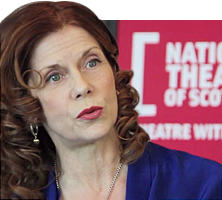 A Home for Cultural Exchange

To date, CST’s World’s Stage Series has featured over 800 artists from countries that span five continents. It affords local theater-goers prime opportunities to experience different cultural traditions, and provides a platform for theater practitioners from around the globe to delve deeper into their craft. While in town for the Royal Shakespeare Company and National Theatre of Scotland’s sold-out run of Dunsinane, actress Siobhan Redmond spoke on how art can transgress boundaries of politics and culture. 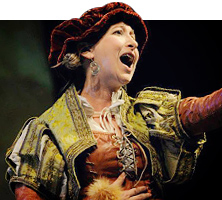 Rooted in the collection of William Shakespeare’s plays first published in 1623, First Folio classes offer a text-focused acting approach to Chicago-based artists. Including clues for actors that are frequently edited out, the First Folio is often thought of as the most reliable and pure form of Shakespeare’s works. Taught by venerated Chicago actors Larry Yando and Kevin Gudahl, First Folio classes have inspired over 200 artists and led them onto stages at our home on Navy Pier, across the city, and around the world.