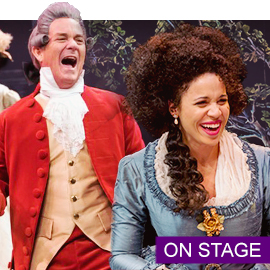 Ranked by celebrated British theater critic Michael Billington as one of the top 101 plays of all time, Love’s Labor’s Lost is a reminder of the joys and tumults of romance. The Chicago Tribune applauds the lush world of the production: “Elegantly staged and acted…the cast works in high style,” while the ensemble delivers the Bard’s prose with pitch-perfect comedic timing. From Nate Burger and John Tufts’ lovesick antics to Jennie Greenberry and Laura Rook’s witty, wily retorts, a roguish group of journeymen, scholars, ladies and pages are sure to charm you. Don’t miss your chance to experience this playful romantic comedy, closing on March 26. 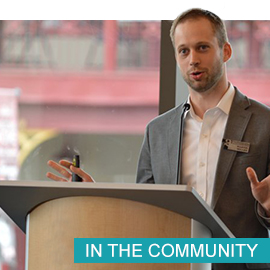 Ten years ago, the Arts Leadership Fellowship was created under the direction of Criss Henderson, Chicago Shakespeare Theater’s Executive Director, and Alan Salzenstein, veteran theater producer and full-time faculty member at The Theatre School at DePaul University. This nationally recognized MFA program prepares students to become leaders in the complex and demanding world of the arts. When asked why they developed it, Henderson replied, “The landscape of theater is rapidly changing, but one tenet will remain as true as it is today: the effective leaders of tomorrow must learn through actual practice.” We spoke with former fellows, including TheatreSquared Executive Director Martin Miller (pictured), about how this program continues to influence their career post-graduation.

EXPLORE: Where are they now? 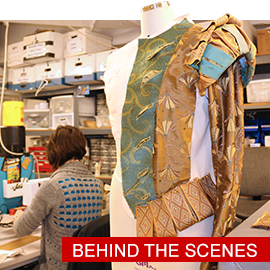 The bustling creative center of Shakespeare’s England—a time when the theater was a populist pleasure for queens and commoners alike—sets the scene for this spring’s Shakespeare in Love, directed by Rachel Rockwell and featuring costumes by the award-winning designer Susan E. Mickey. Best known for her sumptuous and playful aesthetic—exemplified in her recent designs for Sense and Sensibility and The School for Lies—Mickey draws heavily from traditional period attire: waist-pinching corsets for the ladies, 20-plus buttons on the men’s doublets, and a golden gown adorned with pearls and embroidery for Queen Elizabeth. Just in time for spring, tickets are on sale now for Shakespeare in Love, playing in our Courtyard Theater beginning April 15. 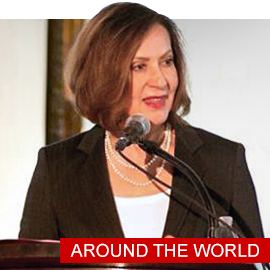 On February 24, Deputy Mayor Koch and Mark Kelly, Commissioner, Chicago Department of Cultural Affairs & Special Events, introduced the Chicago Latino Theater Alliance (CLATA). Myrna Salazar, its Co-founder and Executive Director unveiled plans for an International Latino Theater Festival. The inaugural festival will be held over four weeks during fall 2017 at theaters throughout Chicago, including Chicago Shakespeare, and will premiere works from leading local artists commissioned by CLATA alongside Latin American-based theater companies. “With the historic establishment of CLATA by Chicago’s premier Latino cultural organizations, we have confirmed that Chicago is the arts and culture capital of Latino USA,” said Martin R. Castro, its founding board chair. 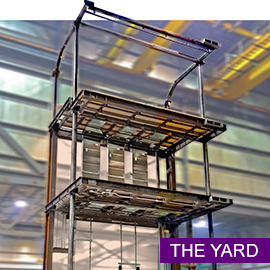 Much like the creative teams behind our productions, we have assembled the world’s best-in-class designers, architects and engineers to dream up The Yard at Chicago Shakespeare. One of our key partners in innovation is Show Canada, a leading architectural and entertainment design firm located in Montreal best known for its work with Cirque du Soleil. They are the dream team behind The Yard’s nine mobile seating towers. On a recent trip to their studio, Theater leadership saw the first 30,000-pound tower assembled and witnessed its mobility—powered by air skids—tested. This new design will allow the towers (the size of a London double-decker bus stood on its end) to hover across the floor to configure The Yard into a variety of shapes and sizes.

TOUR: Progress of The Yard