An Inspector Calls: a riveting examination of conscience and class from London

Until Director Stephen Daldry (known for Netflix’s The Crown, among other projects) revolutionized An Inspector Calls with the National Theatre of Great Britain’s production in 1992, JB Priestley’s 1945 thriller was produced as a conventional living room drama. Daldry moved the wealthy Birling family out of their drawing room and into what The Guardian's Lyn Gardner described as "a fragile Edwardian doll’s house perched precariously in a desolate post-blitz landscape." By forgoing meticulous recreation of period detail and fracturing the set, Daldry surrounds opulence with destitution, and challenges audiences to grapple anew with the play’s themes of class, society, and responsibility. Now the longest-running revival of a play in recent history, Daldry’s production is onstage in The Yard at Chicago Shakespeare, February 19–March 10. 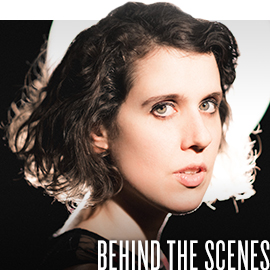 "The moment I fell for Shakespeare"

Beginning February 6, tens of thousands of students will enjoy Short Shakespeare! Macbeth, adapted and directed by Marti Lyons. Lyons’ involvement with the program began two decades ago when Chicago Shakespeare toured to her high school. That experience fostered her love of Shakespeare: "I walked in expecting to see our auditorium, and instead was amazed by the transformation that had taken place. This program makes art accessible to those who otherwise couldn’t see it. I am proud and honored to be a member of the team working to make this happen." The abridgment will also have five Saturday 11:00 a.m. matinee performances open to the public, February 16–March 16. 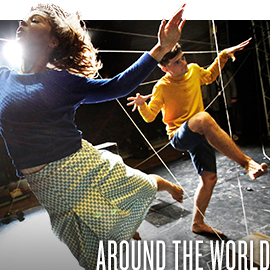 The 2018/19 WorldStage series continues January 22 with Belgian company BRONKS’s Us/Them. This choreographed exploration of the unique ways young people cope with extreme situations is a radically different examination of the 2004 Beslan school siege, told through the eyes of two children bearing witness to incomprehensible events. Writer/director Carly Wijs explains "the characters are fictional but...the elements in the story are all from documentaries and books that we studied." The Reviews Hub praises: "Us/Them is an extraordinary piece that manages to deal with a tragedy in a way that is sensitive, deeply moving, and important.” 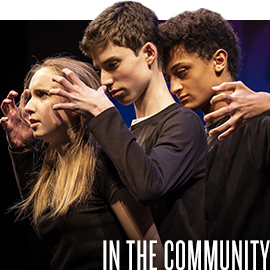 Chicago Shakespeare Slam: "We OWN this space!"

Nine finalist teams of Chicagoland high school students owned the stage in The Yard at Chicago Shakespeare during the Final Bout of the Chicago Shakespeare Slam last month. The energy in the room as the teams performed was electric, and the standing ovation from an audience filled to the brim with 600 fellow participants, teachers, and family members was well-earned. All in attendance were profoundly moved watching these students, who epitomized the Slam’s goals: be seen, be heard, be creative, take risks, and play as an ensemble. 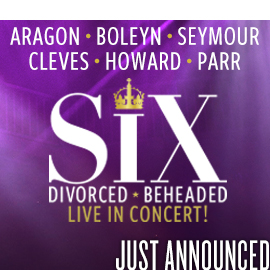 Reclaiming their story: The Wives of Henry VIII

Following its UK debut and a celebrated West End run, SIX will have its North American premiere May 14. Joining forces in a celebration of empowerment in The Yard at Chicago Shakespeare, Catherine of Aragon, Anne Boleyn, Jane Seymour, Anna of Cleves, Katherine Howard, and Catherine Parr shine a spotlight on their stories—so much richer than our history lessons have led us to believe. The queens reclaim their identities out of the shadow of their infamous spouse, offering a fresh perspective after 500 years of heartbreak.