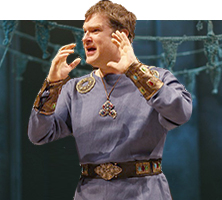 From his Jeff Award-winning Hamlet and impassioned Macbeth to the outrageously funny Frank in The School for Lies, Stratford Festival actor Ben Carlson has earned a reputation as one of North America’s greatest classical actors. He returns to CST’s Courtyard Theater stage this month in the title role of Pericles. Director David H. Bell first piqued Carlson’s interest in the role eight years ago. Different from his past Shakespeare roles—playing well-defined characters whose journeys are familiar to theatergoers—Carlson eagerly embraced the unique opportunity to craft a Shakespeare character that will, to many, be totally new. 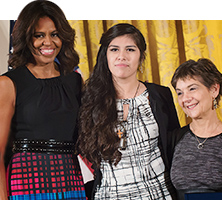 At a November ceremony honoring the country’s best creative youth development programs, First Lady Michelle Obama recognized CPS Shakespeare!, CST’s arts-in-education partnership with Chicago Public Schools. The 2014 National Arts and Humanities Youth Program Award was accepted by Director of Education Marilyn J. Halperin. Joining her at the ceremony was CPS Shakespeare! participant and Prosser Career Academy junior Jennifer Guadalupe Gonzalez, who was selected to address the civic and cultural leaders gathered in the East Room of the White House in a moving speech about the program's transformative effect on her academic and personal life. 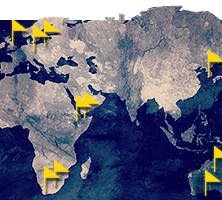 From Abu Dhabi to Auckland: CST on tour

CST’s World’s Stage series brings three original works to seven arts festivals across four continents this season. The Q Brothers toured Othello: The Remix to Poland earlier this fall, and in 2015 the hip-hop sensation continues on to Melbourne, Dubai, Abu Dhabi, and New Zealand. Cadre, CST’s collaboration with The Market Theatre of Johannesburg and writer/performer Omphile Molusi, travels to Vancouver in February. And Since I Suppose, the pedestrian-based theater experience developed with artistic collective one step at a time like this, was the highlight of Australia’s Melbourne Festival in October, following its sold-out run in Chicago.

Explore CST Upcoming and Past Tours 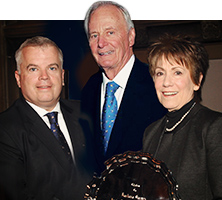 On November 12, Artistic Director Barbara Gaines joined the ranks of Chicago legends Lois Weisberg, John Mahoney and Roger Ebert as she was honored with the University Club of Chicago’s prestigious Cultural Award. Presented by the club's president, Brian Sedlak, to one who has made an outstanding contribution to the city’s cultural environment, Barbara was championed by Allan Bulley, Jr.—Chairman and CEO of Bulley & Andrews and longtime friend of the Theater. Before accepting the award, Barbara was introduced by artistic collaborator and esteemed Chicago actor, Kevin Gudahl.